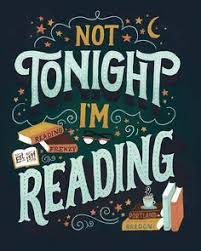 Each time we close a book, having read it cover-to-cover, there is a sense of departing from a world entered some time ago. The real or imagined histories that were companions for hours are now allowed to drift away, making way for new relationships to be formed. Sometimes familiar settings from the last inhabited world linger, till new associations take their place or merely fail to displace them.

Excitement always accompanies the act of choosing what world to enter next…war, crime, satire, or the space without boundaries? The first few pages often enthrall, welcoming us to step in further. We may allow ourselves to be led through the pathways, ever watchful to not miss the details. There is sometimes a taste of the familiar or the utterly strange to take a delight at, while standing guard against the unpalatable.

While God is in the details, authors are imprinted on every written word. Journeys through pages are often incomplete without imagining the act of their being written…the whys and wherefores and everything in between. Gods of the written world may hardly wish it but as readers we wonder if their creations can ever be greater than them. Can pages bundled together, carrying many a world in their folds, become larger than the lives of the pen-wielding folk and their practiced art? How are we to marvel at (or deride) a world by ignoring the creator? Even an atheist’s non-believer status stems from ‘not believing’ rather than ‘ignoring’.

Whether it is newer creations in ink or our journey across worlds created by those long gone, these myriad relationships shall keep us alternating between bidding goodbye and knocking on the next door.

Amen to that and always having a pair of good eyes (or appropriate spectacles).