I have been away for a week. There would be punishments for this kind of thing but I’m the boss and not a keen follower of the masochism movement. Instead I can only make a note to self: Live and let write.

No revolutionary events to report but mundane thoughts on things continue. Like happiness worth 50 bucks by way of two (second hand) books I bought for 25 each. Cheap thrills aren’t easy. In the 10 minutes before the 10.30 pm movie show, you must scan piles of mindless junk to get to anything worth more than 25. And when you do, the joy lasts for days on end. If you’re turning your nose up at “second hand” stuff and think you’re cat’s whiskers, well then you better do a good job chasing the tiny rat’s ass I care about your opinion on that one. The great thing about second hand books is that there’s always a story (or more) than what exists between the covers. If you find names or personal notes, you’re lucky. Otherwise you can invent your own story and imagine it played out as the finest drama there ever was.

Talking about drama, there’s enough everyday to belittle Television soap operas. Having your zombie moment at work in the form of picking up the phone and dialing the number on the keyboard instead of the phone pad. Spilling cheese from an eat-on-the-go sandwich all over your clothes on your way to work. Paying 50 bucks and getting lost on your way to a place that’s at a five minute walking distance. Or days going downhill suddenly picking up towards the end and making you a star (at least for a while).

As star vices go, I have those of the restless variety. There is a need to always be doing something that amounts to more than can be summed up in a word (or sentence). There’s the urge to eat the forbidden sweet (did I say “forbidden”? Nonsense. In my world there are no forbidden sweet vices). There’s the desire to watch back-to-back episodes of the favourite show late into the night, with knowledge of how resulting lack of sleep will affect next day at work. There’s the conversation with the almighty where wishes shift priorities at the speed of light/sound, whichever you prefer.

And so the days pass, one bead on a string followed by another.

Good, Bad or Ugly. But none like the other. 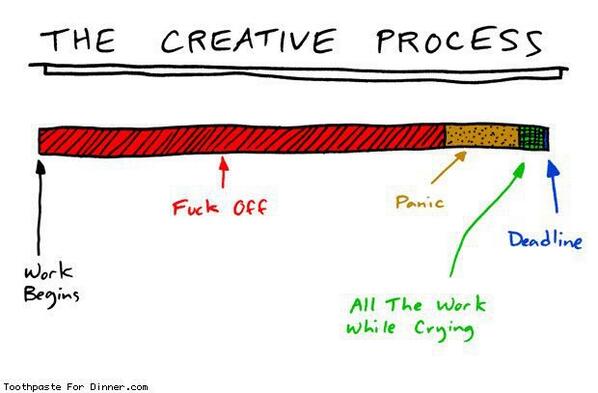